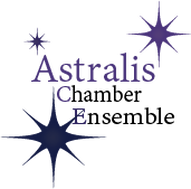 ​The Astralis Chamber Ensemble is an innovative and dynamic ensemble performing with much acclaim across the globe. Through creative programming and presentations on the works performed in a small ensemble setting, Astralis aims to make classical music more accessible and for audiences to make a lasting connection to the music and performers. Astralis includes an assortment of musicians to cover a broad range of repertoire and ensemble combinations to fit each type of performance. These award-winning musicians represent decades of experience in many of the world’s major venues and notable concert series. With instrument pairings that are unique worldwide, the ensemble expands the repertoire available through yearly commissions and arrangements. Astralis aims to support the development of the arts through new compositions and reach communities of all backgrounds through music.​ 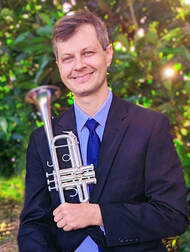 Kris Marshall is principal trumpet with the Southwest Florida Symphony Orchestra and has built an active career performing with multiple orchestras across the state of Florida, including the Jacksonville Symphony, Charlotte Symphony, Venice Symphony, Naples Philharmonic, and The Florida Orchestra. Marshall has been a featured soloist with the Southwest Florida Symphony Orchestra on many occasions and with the Fifth Avenue Chamber Orchestra in Naples, Florida. As a founding member of the Astralis Chamber Ensemble, he presents several chamber recital tours each year and participates in commission projects to increase the chamber repertoire for trumpet. He won first prize in the Florida Orchestra Young Artist Competition and was later selected to attend the Chautauqua Institution Summer Music Festival where he studied with Chuck Berginc, principal trumpet with the Phoenix Symphony Orchestra. Other significant instructors include Robert Smith, principal trumpet with The Florida Orchestra, and Ed Cord, former principal trumpet with the Israel Philharmonic and Utah Symphony. Marshall pursued degrees in trumpet performance at Florida State University, Indiana University, and the University of South Florida. 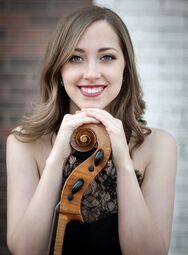 ​Cellist, Megan Chartier, hailing from Detroit, has performed as a chamber and orchestral cellist throughout North America and Europe. In recent years, she has served as Principal Cellist of the Miami Symphony Orchestra, Principal Cellist of the Pacific Region International Summer Music Academy in Canada, Assistant Principal of South Florida Symphony, and Guest Principal Cellist of both Opera San Luis Obispo and State Street Ballet in Santa Barbara, California. In recent seasons, she has also performed with orchestras including San Antonio Symphony, Moscow Symphony Orchestra, Palm Beach Symphony Orchestra, Nu Deco Ensemble, and Southwest Florida Symphony Orchestra. Megan is an active chamber musician and founding member of Miami-based string trio, the Wynwood Trio. As a soloist, she was named a semi-finalist in the 2017 PRISMA Concerto competition, 1st prize winner of the Ann Arbor Society of Musical Arts’ 2015 Young Artist Competition and a winner of the 2015 Miami Music Festival Concerto Competition, conducted by Grzegorz Nowak of the Royal Philharmonic Orchestra. Ms. Chartier holds a Bachelor of Music in Performance from Eastern Michigan University and a Master of Music in Performance from University of Michigan in Ann Arbor, MI.
​ 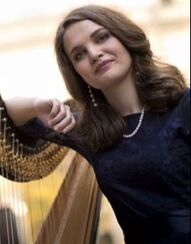 The 2019 Gold Medal winner of the Houston Symphony’s Ima Hogg Competition, Rachel O’Brien has appeared in Philadelphia’s Kimmel Center for the Performing Arts, Houston’s E. Jones Hall for the Performing Arts, Cleveland’s Severance Hall, and Blossom Music Center. A winner of Astral Artists’ 2017 National Auditions, O’Brien received top prizes from such competitions as the Lyon & Healy Awards, the Cleveland Institute of Music (CIM) Concerto Competition, and the Saratoga Harp Colony “Play with the Pros” Competition. She is also the recipient of the Alice Chalifoux Award and was the 2015 CIM Presser Scholar. O’Brien has appeared as soloist with the Houston Symphony Orchestra, members of The Philadelphia Orchestra, the National Repertory Orchestra, and the CIM Symphony Orchestra. Passionate about inspiring musicians around the world, O’Brien maintains a significant social media following, with around 50,000 followers on Instagram. She is the author of “Purpose in Practice: 26 Rules for the Practicing Musician,” a book designed to motivate musicians to achieve higher practicing goals. O’Brien teaches privately and also serves on faculty at Hollins University in Roanoke, Virginia. Rachel O’Brien holds Bachelor and Master of Music degrees from the Cleveland Institute of Music, where she studied harp performance under Yolanda Kondonassis. 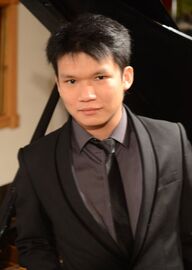 Chee-Hang See is a prize-winning pianist who has been called "a cool and confident performer" by the Charleston City Paper. He has performed in concert series and festivals such as the Festival Internacional de Colonia, Hilton Head Symphony Orchestra Musicale, South Carolina Chamber Music Festival, Chicago Duo Piano Festival, Hawaii International Cultural Arts Festival, and Piccolo Spoleto Festival. He has soloed with the Toa Payoh West Chinese Orchestra in Singapore; Bela Bartok Orchestra in Perugia, Italy; Montevideo Philharmonic in Uruguay; Charleston Symphony Orchestra; and the Cleveland Institute of Music Chamber Orchestra. He plays regularly with Charleston Symphony, Chamber Music Charleston, and his duo, Tan and See Piano Duo. Chee-Hang is currently on faculty at the Charleston Academy of Music and music director of the Midtown Theater in North Charleston, where he founded “Midweek at Midtown,” a chamber music series. His debut album “Violin Transcriptions,” featuring works by Rachmaninoff and Muczynski, was released in 2014. He received degrees from the Cleveland Institute of Music, College of Charleston, and diplomas from the Royal Schools of Music and Trinity College London under the tutelage of Sandra Shapiro, Enrique Graf, and Wong Joon Hwang. For more information, visit his website at www.cheehang.weebly.com.
Visit the Astralis Chamber Ensemble at www.astralisensemble.com and on Facebook, Instagram, and YouTube.